Today, we’re excited to tackle a question that never gets old: should men pay for everything in a relationship?  While the answer to this question might change depending on who you ask, we have a much simpler answer.  NO!  Men should certainly NOT pay for everything in a relationship.  And if you’re curious as to why, you should keep reading below.

3 Reasons Why Men Should Not Pay for Everything:

While this “rule” made sense back in the days when women didn’t work or earn money, that doesn’t apply anymore.  In fact, there are many married couples, where the woman is the sole or bigger breadwinner.  Considering that it is 2020, there’s nothing wrong with a woman who’s career or money minded.  Even though that might have been disliked upon sixty years ago, times have changed.  Women deserve to earn and spend money on whatever they want, including relationships.

2. It Can Build Dissatisfaction

On the first couple of dates, it’s normal for a man to step up and pay.   In fact, some women even expect it.  While at the beginning of dating finances might not be discussed, it’s a topic that should eventually be brought up.  Especially if this is a relationship that may lead to something long-term like marriage.  Just think about it.

If you were in a relationship and had to pay for food, dates, and bills 100% of the time, it wouldn’t take long to feel upset or used.  Likewise, a woman who isn’t asked to pay might also feel annoyed in this scenario.  That’s because she might think her man assumes she can’t afford to pitch in.  Or that he might not see her as an equal partner.  To avoid any type of dissatisfaction, start to see things from our perspective.  Should men pay for everything in a relationship?  No!

Unfortunately, finances are the number one reason married couples get divorced.  We don’t want to see you fall victim to this statistic, so listen up!  Just like housework should be taken care of by both people in a relationship, so should financial matters.  This maintains a level of respect and trust in the relationship.  You won’t start questioning, “Why am I the only one contributing?”  Or, “Why doesn’t she help me pitch in; does she even appreciate me?”  Instead, when both parties pay they know they’re both committed to the relationship.

And more importantly, they’ll both feel like equals, which is the key to success for any couple.  Of course, we understand, that once a couple gets married, finances can get a little more complicated.  But don’t sweat it, we’ve still got you covered.

If you need some advice, check out this article tips on managing finances in a marriage.

Should Your Boyfriend Pay Everything on a Date?

If I’m not married…does all of this apply to me too?  Yes, it certainly does!  And guess what?  The answer is still NO!  Your boyfriend should not pay for 100% of all dating costs.

While marriage does typically come with bigger bills like mortgages and joint taxes, that doesn’t mean dating is free!  Going to the movies, dinners out, and weekend getaways, can all certainly add up.  And let’s be honest, it’s not fair for any one person to completely take on that responsibility.

There’s definitely no problem with a man stepping up to pay for the first few dates.  But soon enough, a discussion needs to be had that the man or woman can bring up.  Whoever brings it up though, it can go something like this:

“I really like you and our relationship.  I want it to last for the long-term.  But, I think the only way that can happen is if we tackle this relationship like a team.  In order to make that happen, I think we should start sharing the costs of dates.  That way we both feel like equals.  What do you think?”

Being honest in this way is sure to catch your partner’s attention, in a good way.  If they’re the right one for you, your honesty will make them feel loved and respected.  And that means they’ll be happy to oblige.

If you want to learn about 5 Stages of Relationship, you can check out this video from the Modernman.com

Nobody’s perfect, and that includes men while they’re dating.  There are so many misconceptions men have about women and money, and we’re going to dismiss them right now.  Because men, you should know the answer by now.  Should men pay for everything in a relationship? NO!

Given the history of our society, it’s normal for men to think they should pay for everything.  However, this is no longer true!  By walking into dating with this mentality, men are already forgoing their partner the chance to be equal.  And worse, if men never bring up this topic, it may never come up.  And that’s asking for a relationship full of resentment and unfairness.

MISTAKE # 2: Men believe if they don’t pay a woman won’t like them

Men, let’s be honest.  If women would answer yes to ‘Should men pay for everything in a relationship?’  Then maybe they’re not the women for you.  Finances are just one small piece of a relationship.  A healthy relationship should also be made up of genuine personalities, good humor, respect, laughter, and love.

If a woman doesn’t like you because you want to share expenses, then maybe she’s dating for the wrong reasons.  Maybe she’s only looking for a man to treat her and she doesn’t want to reciprocate.  And if that’s the case…run!

MISTAKE #3: Men think it’s the “polite thing to do”

Sure, on the first few dates, it is polite for a man to step up and pay.  But after date number two or three, paying may no longer be seen as politeness. Many women want to be seen as an equal in a relationship and can easily afford to pitch in.  They want their man to know they’re dating them because they genuinely enjoy spending time with them.  Not because they’re hoping for a free meal or movie.

MISTAKE # 4: Men bring up the topic in the wrong way

Oftentimes a man knows it isn’t right to pay 100% of the time, but doesn’t know how to change it.  Therefore, the topic might later get brought up out of frustration or desperateness.  And neither of those are good vibes to start an honest discussion with.  Instead, bring up the topic in an authentic, or even humorous way.

If you’ve been dating someone for a month or more, feel free to ask about previous relationships.  Ask them how finances were handled in previous partnerships to assess their feelings on the topic.  Or, you can even bring it up in a humorous way.  Play a game like, “Never have I ever.”

Say something like “Never have I ever not paid for a date,” and see what they say.  Or, make a joke that you forgot your wallet and they’ll have to pay.  All of these are good light-hearted ways to introduce the topic and get a friendly conversation started.

Our moms usually have their hearts in the right place, but sometimes their advice might be outdated.  It’s possible that they tell their sons, “be a gentleman.  Treat your woman like a princess.  Pay for everything.”  And while being polite and respectful to a woman is great advice, it means something different nowadays.  In fact, many women today have a different definition of what polite and respectful is.

A man who pays for everything may be seen as controlling.  Instead, once you’re a couple of dates in, discuss with your partner what a 50-50 relationship looks like to them.  Tell them you want to be equal in this partnership.  And ask them what their thoughts and views are on finances and dating.

Dating Etiquette for Men and Women

We hope that by now both men and women understand why the answer to ‘Should men pay for everything in a relationship’ is always no!  But of course, there’s a bit more to dating than that.  So, let’s talk about specific Dos and Don’ts men and women should abide by when dating.

Men, DO be polite.

Just because paying for everything is outdated, doesn’t mean good manners are!  Compliment your date on her outfit, open the door for her, use your please and thank you’s.  These go a long way for women and make them understand you’re a genuinely good person.

Men, DON’T expect women to sleep with just because you do pay.

Paying for a date is nice and a woman should thank you, but that doesn’t mean she owes you anything.  Remember that money doesn’t equal intimacy.

Women, DO show your appreciation.

If a man steps up to pay, be sure to say thank you.  Let him know you enjoy spending time with him and appreciate his willingness to pay.  When it feels comfortable, offer to split the check or promise you’ll pick up the tab next time.  A man will appreciate that you’re willing to contribute to the relationship in the same way he has.

Women, DON’T expect a man to pay for everything.

It’s 2020.  A relationship shouldn’t be something you enter to gain financial security.  In theory, women should be able to stand on their own two feet without a man.  Dating should be all about giving and gaining companionship, laughter, and love…not money.

Final Thoughts: Should Men Pay for Everything?

Overall, we hope you enjoyed reading our thoughts on the question, Should men pay for everything?  And more so, we hope you understand why the answer is no.

There’s nothing wrong with a man who offers to pay for the first few dates.  But after that, it’s time to discuss an equal partnership.  Men, be brave enough to bring up the conversation in a light-hearted way.  Women, be respectful enough of yourself and your partner to split things 50-50.  Fairness should be present in all facets of a relationship, and finances are no different.

So, what do you think of our answer?  If you find this article helpful, feel free to share this!

Love Our Article? Make sure you Pin It and add to your “Money & Relationship” Board

Mark Pakingan is the founder of Every Dime Matters. He graduated as Magna Cumlaude at Far Eastern University. He aims to help couples to gain financial freedom by giving them practical tips. He loves eating Mexican food and watching anime.

18 thoughts on “Should Men Pay for Everything in a Relationship” 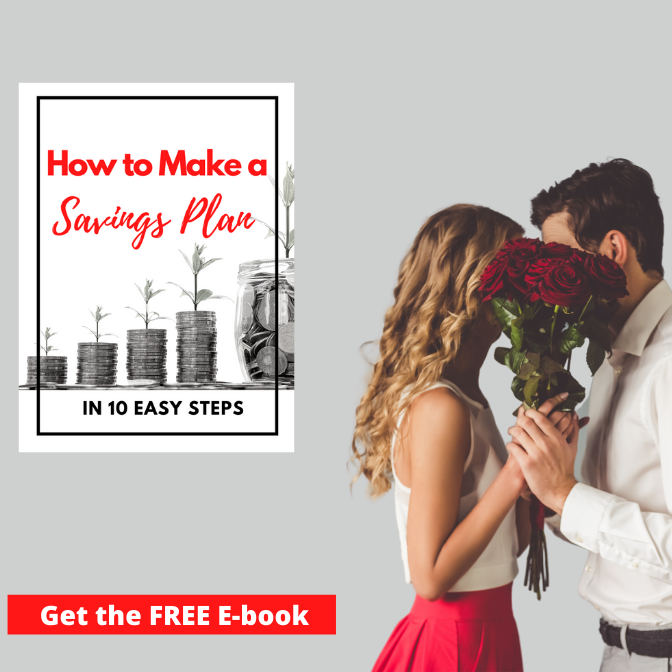 Do you find it hard to save money with your partner?